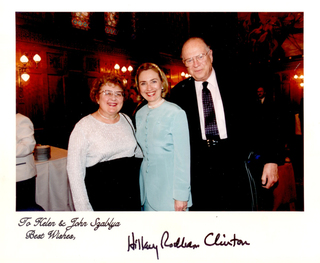 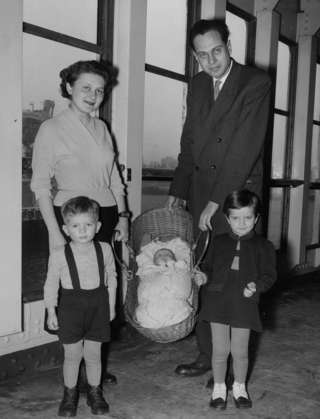 The Szablya Family after their escape from Hungary in 1956

My vision is for a world in which people have the freedom to express themselves, discuss their beliefs, work hard, challenge each other, build lively communities, create art and respect each other through the process. I have been a tireless advocate for freedom since our escape from communist Hungary in 1956 through my roles as author and lecturer. When I first began to write about the terror and evil of totalitarian communism in the late 60s, the fear that was expressed by my family and friends was palpable. They were afraid for me as there were assassinations of dissidents during the Cold War. Who could have predicted that 20 years later I would represent as Consul General in the US the very country that denied me my liberty and forced me to leave in order to survive? Today it is not communist Hungary that must be feared, but the many dictators and repressive governments that keep people from achieving their full potential. Many of my books, articles and editorials reflect my own personal experience. I tell the stories of the people I know and love. Every tale is applicable to a current state of events somewhere in the world today. We all reflect on what we know. I’ve been lucky to have lived in five countries under seven different political systems. I speak six languages. I have learned that people yearn for freedom when they don’t have it; they fight for freedom when they have nothing left to lose; and they often take it for granted when it is handed to them without a struggle. Extreme positions whether it is fascism to the right or communism to the left can lead to totalitarian governments that repress human individuality. Extreme apathy will allow them to flourish. Only through a tolerant democratic society in which we are engaged are we able to live side by side and enjoy each of our unique qualities and attributes. Through my work it is my goal is to help us preserve our freedom in a thriving democracy.