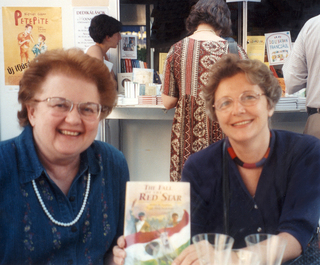 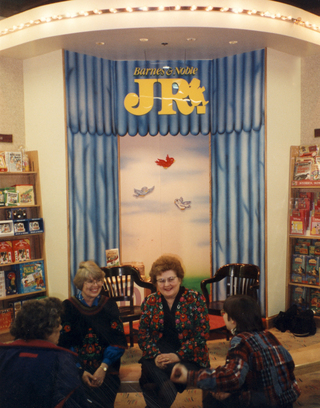 The Fall of the Red Star

Do You Take America For Granted?
Read This Account.

A burst of gunfire shook the windows. It was midnight in Hungary, December, 1956. “Good God, curfew time lasts till seven in the morning. What am I going to do?” My husband and I held each other very close. His warmth comforted me with the headwater gone and the pains drawing closer. I was going to have my third baby.

It was ten days after the revolution was crushed; the fighting was still going on. Finally the first rays of the sun gave me hope as I tried to fight back the arrival of the baby.

At 7 a.m. we started running toward the hospital. Five long blocks of pain, cramps, blood and water, a few staring faces, distant machine-gun fire and more cramps melting into one incessant feeling of rupture.

We arrived at the hospital. Workmen were repairing the windows of the delivery room, which were shot out during the night. Two other women were giving birth.

Then cramps and cramps again, unstopping, merciless cramps... till the beautiful, happy cry of my son brought the long awaited relief from the suffering and fear.

Another ten days passed, and by that time we were determined to leave our homeland. All our belongings were packed into a small suitcase. With 40 other people we scrambled into a pickup truck in the freezing rain, and under a canvas held up by a broom.

Suddenly we stopped with a jerk. An officer waved his arms in the middle of the road. He yelled at our driver. “Turn back!”

The usual sentence for illegal border crossing was two to three years of hard labor. As we turned around I understood why he had no time to arrest us even to read the papers. There were so many would-be refugees on the road that he just sent them home.
We went on a detour.

Night came and we ran into a Soviet tank. A Mongolian colonel approached; we were caught. He radioed for the Hungarian police, who arrived in a short time.

The police station was crowded with refugees.

“Everybody with children, here, into this room! The only one we can heat.”

In the morning they put us all on a bus and sent us to Budapest.

The bus broke down soon and our police escort said: “I go for help and nobody can hold me responsible for whatever you do while I am away.”

We did not feel strong enough to walk to the border 20 miles away, with three small children, the little one being only ten days old. We started home by train.

At the first large town we heard: “Curfew! The train will not go farther.” Everybody had to find a place in a hurry.

We saw a Red Cross building across the depot and ran. Outside Red Cross... Inside Police: We were arrested again. Next morning we boarded another bus and were driven to the Police Headquarters in Budapest.

I pretended that I had to go to the bathroom. The guard did not let me go inside, so I ran to an apartment building. I begged to make a phone call, and contacted the chairman of the Revolutionary Committee at the University who understood instantly what happened.

Ten minutes later, his imposing figure pushed the submachine gun bearing guards aside. Through the glass door I could hear voices: “Yes, it was the Red Cross building ... “ “They have taken us...” “Kidnapped is the word.”

We were allowed to walk home with our baggage. To come out from behind the bars we felt the beauty of even limited freedom. We were happy, yet depressed, as we felt that there was no way out of Hungary.

“Translate these papers into Russian please!” my husband waved some documents at me while I was deep in thought about how in the world we could reach the border town of Sopron. My husband, as deputy chairman of the department at the university assigned himself to go to Sopron to resume teaching because their professors had escaped.

The early darkness of the winter afternoon crept into our train compartment with no working lights. At the next station a Hungarian soldier appeared behind a flashlight. My husband showed him the forged document.

“Thank you professor. What a cute baby.” He slammed the door shut.

We arrived in Sopron. Two days of silent waiting followed while our friends arranged for reliable guides.

Finally, an old guide led us out into the hills to reach the Austrian border on foot. Helen, our four year old, went with a young couple ahead of us. We were next with the two boys: Louis, the baby, in the basket, and Janos, our two-year-old, in his father’s knapsack.

The stars shone quietly after a two days of pouring rain. There was no moon in the sky. A perfect night to escape.

We were on the last leg of our journey.

I slipped and started sliding slowly into a ravine. I wanted to stop, but I could not. Then a small tug on my coat caught me. I stood up and smoothed my coat. There was a small hole. I looked back, and a barbed-wire fence stopped me from falling into a ravine with stalks on the bottom of it to hold up the vines.

If it had not caught me I would be dead. But there was no time to stop and reflect. In 45 minutes we would have to run three miles on the muddy cow pasture at the lakeshore, after all that rain, to make it across the border.

The baby was whimpering, despite the sleeping pills we had given him. Our two year old slept in his father’s knapsack; he too was drugged.

Only our 4-year-old daughter walked on her own little feet, looking straight ahead, then at us, with her huge, terrified, blue eyes. She knew something was happening but could not comprehend it. She was trying to be good.

“Do you see those pear trees?” our guide pointed to some trees not too far way. “Three hundred feet beyond those is the Austrian border!”

How I wished he had not said it! Again, like the first time, when we were stopped by the Soviet tank, we had seen the lights of Austria. What if we would be captured again! I could no longer think. My mind, my legs, my whole being grew numb from fear, from desperation. But I heard a firm voice within:

“This time you are going to make it!”

I ran as fast as I could and pulled myself up from the ground for the fifth time, when all of a sudden I felt the softness of the “no-man’s-land” under my feet.

Then a small flag touched my hand.

I looked at my husband’s radiant face and outstretched arms. We fell into each others embrace and started crying.

We were in Austria and... Freedom.